June 28, 1926 – September 30, 2022
With broken hearts, we share the passing of John McColl, father, grandfather, and brother. John leaves behind son Chris (Jacie), granddaughters Brea Forell (Cyrus), Brooke Stephenson (Michael) and Erin Dahle (Peter), son-in-law Don Stephenson, sisters Diane Walsh and Donna Avender, and seven great grandchildren. John was predeceased by his wife of 63 years, Ray, daughter Sharron Stephenson, sister Anne Rainbow, and brothers Earl, Neil, Bob, and Tony.
Dad, a life-long Nanaimo resident, was born June 28, 1926 to John and Mary McColl, the 2nd of eight children. Dad’s childhood was not without hardship. Even as a young boy he was responsible for helping provide for the family by holding multiple jobs. After completing grade 9, Dad left Nanaimo for a short while to work in sawmills in both Port Alberni and Great Central Lake. In February 1943, Dad lied about his age to enlist in the Canadian Army and served until 1946. While stationed in England, Dad attended a dance where he met his future wife, Ray. The two were married in March 1946 and shortly thereafter started their family. After the newlyweds returned home to Canada, Dad began his career with Nanaimo Dairy and retired from Dairylandin 1988.
Throughout his life, Dad participated in many sports, boxing at the Franklin Street Gym being a favourite. As a teen he coached basketball, and in his later years, Dad was an avid curler, and always enjoyed a round of golf.
A lover of the outdoors, Dad enjoyed hunting, camping, road trips around the Pacific Northwest, and his yearly fishing trips to Victoria Lake.
Dad enjoyed playing crib, poker, and going to the casino. He loved to travel to exotic places and spending time at the family cabin on Gabriola Island.
The service will be held on Saturday, October 22 at 12:00pm at Sands Funeral Chapel, 1 Newcastle Ave. In lieu of flowers, donations can be made in his name to the charity of your choice. 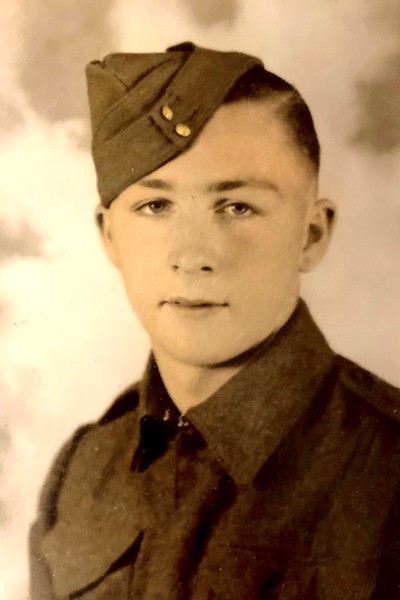